An excellent book I read lately - "The Making of a Man" by John Worth. It's available here (MX) and here (Amazon). (And if anyone is interested in further reviews or participating in a giveaway, do let me know; John has made a very generous offer for SHSI.)

I consider myself quite lucky that John reached out to me and I had a chance to read his book - and I have to say, I'm very impressed. Most people who know me also know that I'll latch on to pretty much everything Holmes related, but my favourites are always either traditional pastiches or modern adaptations with lots and lots of references to the canon (subtle or otherwise).

If you don't believe me, go look it up on Goodreads.

So, when I started reading the book, I was quite taken aback. In fact, after a couple of chapters, I went back to reread John's email, to make sure that it was really a Holmes book he sent me and not something else. I'd been quite amused at the name of one of the main characters right at the outset (you'll know why as soon as I tell you that he is called "Shiloh Coombes") - but honestly, I wanted the proper Mr. Holmes turn up quickly.

He didn't - well he did, but definitely not in the form I expected. Meanwhile, another somewhat familiar character (not our Shiloh Coombes - who's really quite adorable, I thought) caught my interest, and I couldn't put down the book. Without giving out spoilers, let me tell you this - it is very well-written, the characters are very well-sketched, and the plot is very well-developed. And although it is unusual and a tad different from the traditional pastiches I've been reading recently, I am really, really glad that I read it - and now that I have, I wouldn't want my fellow Sherlockians to miss out on this gem!

So, pretty much as soon as I finished reading, I asked John if he could do an interview for me. He agreed graciously. Then real life intervened at my end and things got delayed for a bit. But now that I'm alive and well and safe, I definitely need to write about "The Making of a Man."

Let me also tell you that John is super-organised. I merely emailed him a bunch of questions, and I got a whole bunch of files in response. Here's all of it, straight from the author's mouth (or hands, given that it all came on email):

THE MAKING OF A MAN

A dark rainy night; young opium addict Shiloh Coombes is found lying unconscious, soaking wet in the roadway.  He has been badly beaten.  Acting on impulse, his discoverer Feigenbaum takes him in.  Coombes is young and resilient -  under the watchful eye of his rescuer, he gradually recovers his health and strength.

However Feigenbaum is aware that this mysterious young man has yet to recover his self-respect, to restore his confidence.  But Feigenbaum has seen some special qualities within this man.   Broken yes, down and out yet seemingly a gentleman of some refinement, seemingly well-educated and obviously of high intelligence.  Feigenbaum dedicates himself to his rehabilitation. He has plans for this young man.

Under the guidance of his mentor, Coombes sets himself to blend into his new surroundings – his new life, among the grimy mean streets of Victorian East London. He learns these streets, the hidden byways and dark alleyways – and their secrets.  Coombes learns to speak and act like the denizens of the East End; Whitechapel, Limehouse, the docks.

As the story unfolds, the reader gradually becomes (ironically) aware not only that Shiloh Coombes is the very young Sherlock Holmes, but that Feigenbaum is that notorious character written about by Charles Dickens – Fagin.

So begins the story of their eventual partnership, and shared adventures.  The two become caught up in a dangerous battle of wits with a notorious and ruthless criminal, involving an attempted assassination of the Crown Prince, plus several murders.

In the final denouement, there occurs a dramatic chase around narrow crooked streets – police whistles, the rumble of iron wheels upon cobbled streets, a shot or two… breaking through, the arch-criminal Werth heads for his planned escape route -  the deserted Thames tunnel, of engineer Brunel fame.  He gallops on horseback down the deserted tunnel, followed by Coombes in hot pursuit, riding on a hand-pumped railwayman’s work-trolley.

Shiloh Coombes eventually resolves his own personal mysteries, as he re-unites with his half-brother.  Earlier, in a final scene at the deathbed of Feigenbaum, Shiloh Coombes had declared his intention to carry on their work, vowing to change his name, defiantly, to that of Shylock Coombes.  Heeding Feigenbaum’s dying suggestion, he decides to alter that, if ever so slightly – to Sherlock Holmes.

The novel is a high Victorian melodrama; borrowing, and bringing together two characters from those two giants of Victorian letters – Charles Dickens and Arthur Conan Doyle.

1. How did you meet Sherlock Holmes?

2. Please tell us a bit about yourself and your book.

3. What inspired the book?

4. How did you build the character of Shiloh?

5. What was the easiest and hardest thing to do while writing the book?

6. How did you think of the character of Feigenbaum?

7. What is your favourite canonical story and pastiche? Why?

8. Who is your favourite canonical character and why? How did this affect your book?

9. Which is your favourite media avatar of Sherlock Holmes? Why?

10.  If Sherlock Holmes and Dr. Watson read your book, what do you think their reaction would be?

The response I got was unlike any author I've interviewed before! Cool, isn't it? And here I thought, the most novel one was when I interviewed Petr and put up the interview in my Proceedings of the Pondicherry Lodge in a table with Czech on one side and English on the other!

The game is afoot, etc.

You know Jay, I cannot remember how old – or young - I was when I first came under the sway of the great detective.  Conan-Doyle ranks with Welles and Jules Verne for me as boyhood influences, both of the others of course spawned many followers, imitators, but it was Conan Doyle who invented the detective as a character of fiction.  We must mention Agatha Christie, but I am not a fan.  I found her plots to be really mathematical tricks, her characters very one-sided – except for Poirot.  But then again, he is just a Holmes knock-off, isn’t he?  Christie is but one of the myriad who followed in the footsteps of Conan Doyle.  You cannot go into any library or bookshop without having to wade through the so-called ‘crime fiction’ genre.  Arthur, see what you have done?

For a large part of my adult life, I was involved in the visual arts, making and exhibiting sculpture. Later I turned more and more to painting. Then somehow bit by bit I began to write.  Actually I was setting down some experiences of travelling in India, and it was a freeing moment when I realized that rather that reminisces, I was writing short stories.  I took for my own the Mark Twain dictum: ‘Never let the truth get in the way of a good story.’

When I was a younger man, living in London as an art student, I spent time exploring the East End of London, looking for the ghost of jack the Ripper, perhaps.  When I decided to write this book, I almost automatically set it largely in and around that area.  Largely destroyed during WW2 of course, but I did a lot of research about the smoky, foggy, grimy gas-lit era of Victorian London.  The other influencing factor of course, was that marvel of Victorian Age engineering, the tunnel under the Thames.  I admired the sheer genius, the chutzpah of it so much that I appropriated it, as a prop.

Though I enjoyed constructing a mind-map of the earlier East End, the most difficult thing to achieve I felt was a facsimile, if you like, of the street jargon of that time and place - yet somehow be understood (hopefully) by a modern reader.

My character Shiloh Coombes was a result of a sort of reverse engineering; I got to thinking that the early life of the great detective was in fact cloaked in mystery.  So began my flight of imagination – which after all is what every novel is.

Ikey Solomon was an English criminal who was successful as a receiver of stolen property. He gained fame for his crimes, escape from arrest, and his high-profile recapture and trial, which led to his transportation to the Australian penal colony of Van Diemen's Land, now known as Tasmania.  He is widely regarded as the model for the character Fagin in Charles Dickens' novel ‘Oliver Twist’.  Solomon's trial at the Old Bailey in June 1830 caused a sensation.

It was extensively reported in the newspapers and the pamphlets of the day. There are strong similarities between his trial and Fagin's trial in Oliver Twist, so it is highly likely that Dickens used it as the basis for Fagin's trial. I also took liberties with the name Fagin; I came up with the Eastern European Yiddish name of Feigenbaum which translates as Fig tree. I also wanted to humanize him; even Dickens portrayal showed him with some redeeming features.

My other favourite was Professor Moriarty. He was yin to Holme’s yang; dark and light, good and evil.   His character offers a lot of scope for a writer’s imagination  - also a factor, the coincidence of the shared name.  Conan Doyle has Holmes describing Moriarty as the ‘Napoleon of crime’.  Doyle actually lifted the phrase from a Scotland Yard inspector who was referring to my name-sake Adam Worth, a real-life criminal mastermind upon whom the character of Moriarty was based.

For me, the stand-alone Sherlock was Basil Rathbone – I fear I give my age away here.  My least favourite was that sulky, pouty looking fellow Benedict Cumberbatch.  I did like Jeremy Brett, but that was possibly due to his resemblance to Rathbone – in fact it comes to me that Brett did not portray Holmes so much, but  Basil Rathbone.

Although I am responsible for this book ‘The making of  Man’, I see it more as a prequel than as pastiche.  I have never read a SH pastiche that I really gave the thumbs up to.  Sadly, many are very bad.  I have read some, where Sherlock has suddenly become an American, or even a woman!  I will say this though; it is the sheer plethora of such knock-offs that planted a seed in my mind…

As a hypothetical question, what would Holmes and Watson think of my portrayals?  Perhaps Holmes might wince a little, but I believe Watson would be grateful. 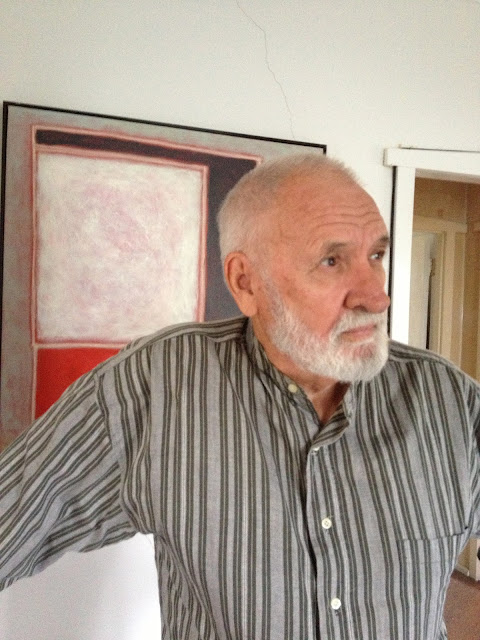 John Worth spent many years as a visual artist, after attending art schools in Germany and England. Returning to Australia, he began a small art foundry casting bronze sculpture of his own work and that of other sculptors.  After many years, Worth turned more and more to painting as his main preoccupation.  And then some twenty odd years ago, he began writing. 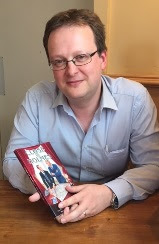